“You know, you have a rather masculine taste in cocktails.”
The happy hour confession made by a girlfriend of mine had initially caught me off-guard. It’s true that my Negroni stood in rather stark contrast to the lightly-spiked iced jasmin-tea that she was drinking, but until the words left her mouth my understanding had always been that my taste in cocktails couldn’t really be commonly considered as anything but “good” remaining otherwise un-marked by gender or any such irrelevant detail. 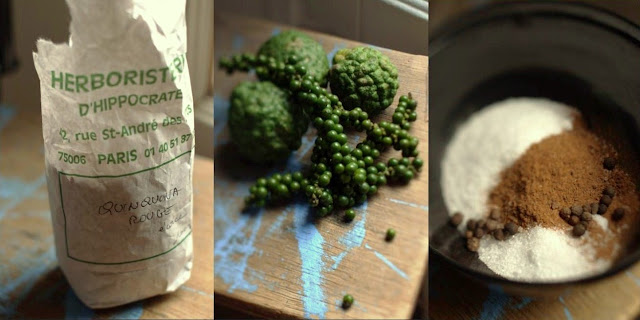 While I tried everything to will myself to make 2011 the summer of the mint julep, I find the cocktail falling into my hands more often than not is the irreverent gin and tonic.

I've been trying to load this post up with talk about gin and history and bark of the fever tree, but it's taking forever for me post it. That said, update promised soon.

Bring the perfect balance of bitter, sweet and citrus back to your happy hour by making your own tonic water. It looks complicated -- don't sweat though. The work you put in comes back ten fold. Guarenteed. 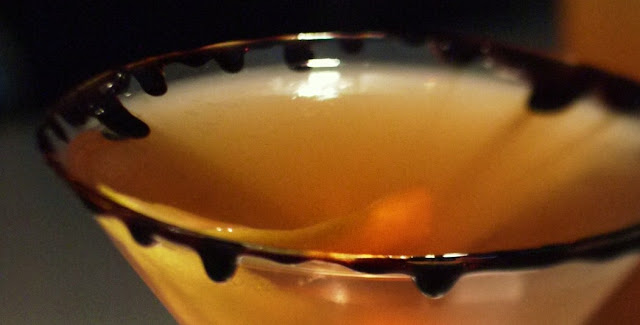 Ok, hiatus over.
I had to go back to New York in April to (finally !) finalize the process for a French work visa. I came back to Paris on a Sunday only to start working the following morning at 9am. Breaks this month have been few and far between, but I've racked up A LOT of new info on spirits and a bunch of new cocktail recipes. My posts are probably going to be a lot more bar oriented from here and contain information about spirits and cocktails as I learn it -- a refined notebook, if you like.
Though, lots of work means little time to spend on complicated cooking projects. Moreover, use of the kitchen has been compromised by (1) lack of motivation for doing dishes and (2) the subsequent return of unwanted vistors. As negotiations with the ant population continue, I'm going to keep to cocktails and try to catch up on a couple old projects not yet posted.
[ keep reading ]
Posted by [sɐ mʌn ta] No comments:

I realize that this is a food blog -- not a political blog. But for me, food is unmistakably political. The food industry's political weight is determined by every consumer's level of food-conscience -- or compliant lack thereof. What we eat, where we get if from, who sells it to us, along with the chain of what, where and who's that come before our contact with stuff on our plate, holds huge power in economic, social, and environmental realms. Discrimination, however, is another story. And maybe that's where this post is a little out of place. But still ...
Yesterday a law came into effect in France which places a restriction on anyone wearing a burqa from doing so in a public place. From the Wikipedia page :
From 11 April 2011, the full-face veil is illegal to wear in public places – such as on the street, in stores, in museums, on public transportation and in parks (the wearing of all conspicuous religious symbols in public schools, including the Islamic veil, was previously banned in 2004). As a result, the only exceptions to a woman wearing a niqab in public will be if she is traveling in a private car or worshiping in a religious place.[5] The law also pertains to all citizens, including men and non-Muslims, who may not cover their face fully in public except during established occasional events such as some carnivals or where specifically provided by law (such as safety workers).
[ keep reading ]
Posted by [sɐ mʌn ta] No comments:

I reposted this with a lot more information than I had the first time around. Enjoy. -s

﻿The front display window of the Maison du Whisky's new spirits shop is loaded for the moment with a unmatched selection of tequilas and mezcals (well, unmatched in Europe, anyway). Pretending that I'm going to one day work there afforded me, not only several dégustations of Del Maguey's Single Village delights (and a chance to meet founder Ron Cooper (and a chance to chow down on some roasted agave heart)), but also the chance to work out a new drink behind the bar.

In and around the Oaxaca region of Mexico, villages create mezcals (like tequila) from the piña (heart) of an agave cactus. Produced in small batches with still much manual labor, mezcal is endowed with a rich, smoky flavor and typically contains more subtleties and complexity than most tequilas (no, not of course not all tequilas). It's often less refined than tequila which, in this case, has nothing to do with quality -- in fact there's a myth that mezcal is only distilled one time whereas tequila is always distilled twice. Technically this isn't true, though if you ask a maker of mezcal they'll typically affirm that "yes, we only distill it once, but then we refine it after."
.
[ keep reading ]
Posted by [sɐ mʌn ta] 2 comments:

Other food for thought